This was my first experience of Secret Cinema, and unlike their much fêted runs of Star Wars and Back to the Future, we had no idea which film it was going to be except that the swinging ’20s were involved.

At the eleventh hour we were instructed to arrive at a secret destination, which turned out to be the Hornsey Town Hall in Crouch End, converted elaborately into a set of scenes and tableaux from a Speak Easy gangster set. 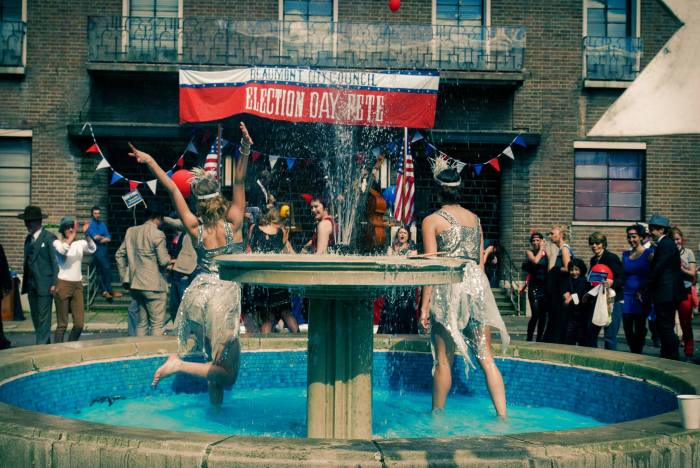 The film, it was eventually revealed, was the Coen brothers’ 1990 classic Miller’s Crossing. 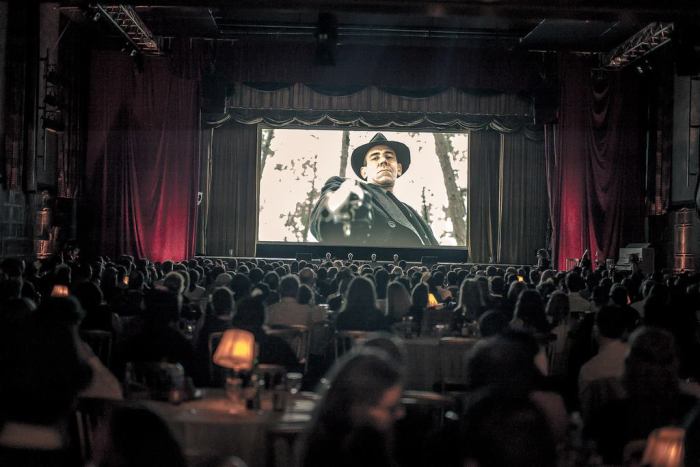 We arrived to join a queue of equally elaborately constumed guests being ushered into a replica chinese laundry. Exchange a coupon, a faded red velvet curtain swings aside and you are swept into a darkened jazz hall where prohibition is very much left outside.

The town hall had made a slight tilt shift to becoming an American city council building, and it had been converted into a warren of rooms to explore, each with hints of story, disjointed scenes being enacted and a myriad hints of detail.

The immersive theatre was seamless, interesting, dynamic and often (rare for England) crowd members were spontaneously attempting to enagage and participate.  There was little to no spoonfeeding: if you missed a scene or a clue, you would remain entirely in the dark in the plot of this election campaign between two mayoral candidates for Beaumont City. 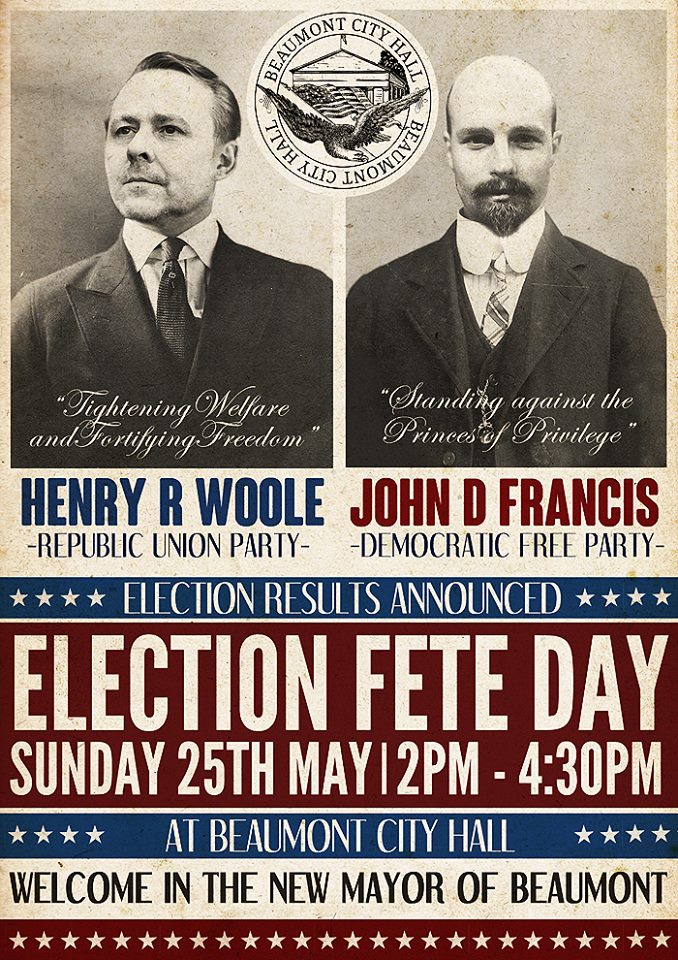 But none of this is the point of this post (plugging a fun concept and night out). The best part was the costumes. Obviously I seized the opportunity to try and make my own.

This was a very slap-up job. No pattern, no fabric purchased and no time. It was literally thrown together in an afternoon from some soare old yellow lining fabric I had from a different project, a lace set of curtains from the charity shop bag and a remnant of crinkled satin. I also cannibalised an old scarf (one the belt from a pair of shorts) to attach at the shoulders for a bit of movement à la old Chanel designs. 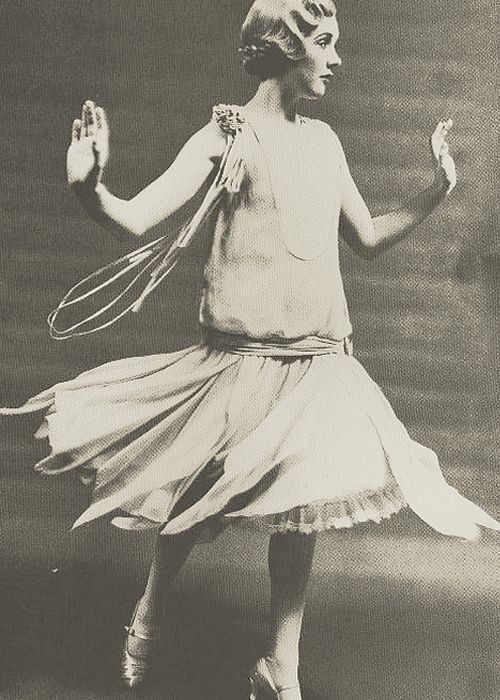 I borrowed the bodice of the Vogue easy pattern V8615 to give it a nice boatneck front and low ‘V’ at the rear, but simply gave the bodice three panels instead of two and extended the line of the seams down to a dropped hemline (using Simplicity 2917 as a guide). The skirt was just alternating rectangles and triangles to give a pleated panneled effect. 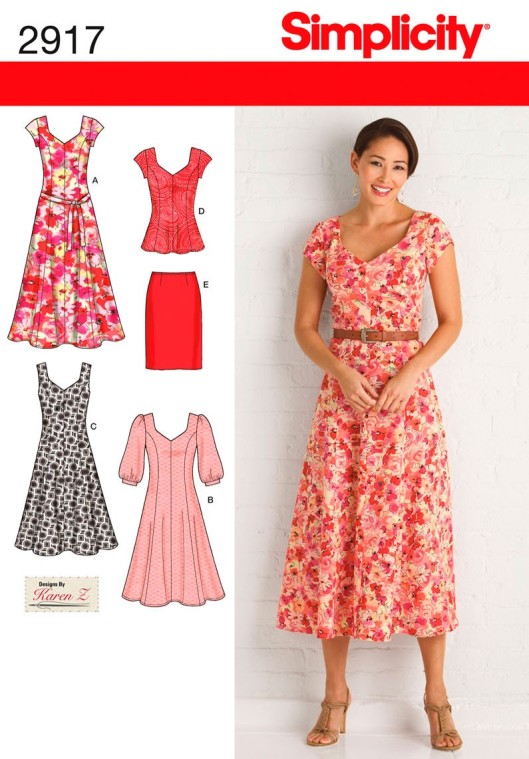 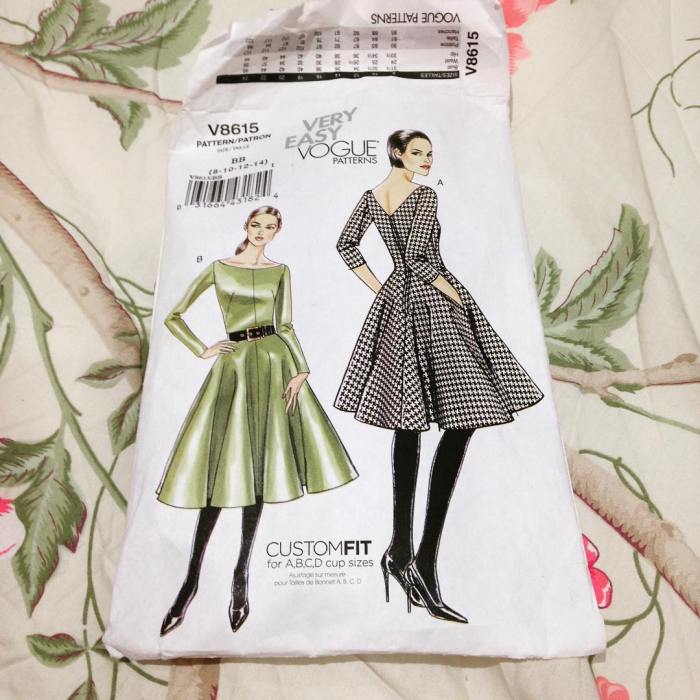 All in all, the dropped waist flapper look is not really the most flattering for me, but I made the best of it I could. Unfortunately we didn’t think to take any pictures on the night!

On the left is the buttercup yellow lining which was visible through the holes in the ivory crochet curtains. I left the half-sleeves completely unlined.

On the right is a detail of the skirt, where I did little panel inserts of lace between the crinkle satin, to give some room for motion. 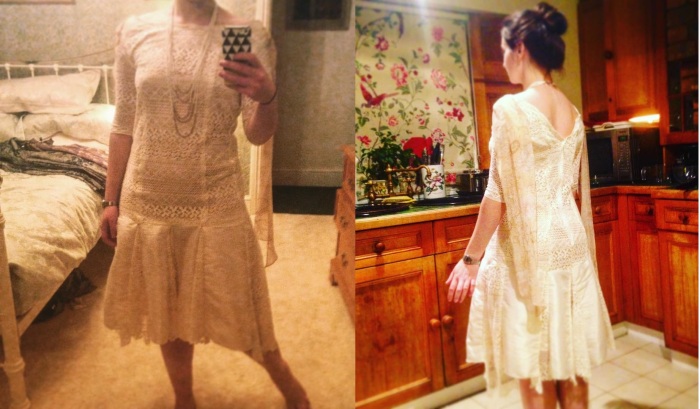 Because I only want to sew stuff if it's for me.

Not So Humble Pie